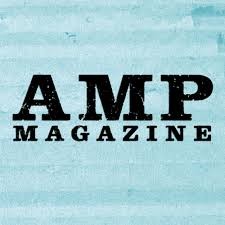 Valerie George has helped bring to life a band member who runs on straight biodiesel. While this project may sound ‘metal’, this precision auto prefers the calming sounds of its surroundings. Carrying a commercial grade alternator and custom power conversion allows this station wagon to function as a mobile recording studio and instrument. After traversing the United States last summer with her tour buddy Anthony Hlavaty, the functioning mastermind of NAM JUNE PSYCHE has big plans for 2011 including another tour and a box set, of tapes! BS: You have a car in your project NAM JUNE PSYCHE. Do you find him or her to be a reliable member of the traveling experiment? NJP: She. Her name is Sadie. She is reliable in the sense that she always cranks. But she’s also reliable in the sense that she always breaks down at some point. Well at least I know what to expect from her. She’s awesome. A great car.

BS: Since the car can’t talk will you tell me about its many surgeries and enhancements? NJP: Yes. Obviously, I built a recording studio inside it but what the recording studio needed mostly was electricity. I installed an extra battery in the back of the car. There is a switch that can exclude it from the battery that powers the car itself so I don’t drain both batteries all at once when I’m recording. I upgraded the alternator to be twice as powerful, using an alternator from a John Deere tractor and added a 400 watt inverter to convert the DC to AC. There’s an amp for speakers and PA system that I installed. The rest of the recording stuff obviously can be taken in and out of the car but that is the permanent stuff that’s there.

BS: This is biodiesel as well, right? What kind of car is it? NJP: It is. Sadie is a 1983 Mercedes station wagon. I did not have to convert to run it on biodiesel. You can purchase that stuff pretty much in any bigger cities and you can buy it here in Pensacola where I’m from. BS: Have you run into any experiences on the road where you just couldn’t find fuel? NJP: I have and in that situation I did use regular diesel, like on the interstates between larger cities. In most of the cities and larger towns we were usually able to find biodiesel.

BS: What made you want to create a mobile recording studio? NJP: Well, it was a snowball effect. I am a visual artist and a drummer. It started out with building a drum kit that fits on the roof rack of the car because I just wanted to hear what it would sound like if I drove in rain. Once I heard it I really liked it and I wanted to be able to record it. I had to sort of figure out how to make that happen. So one thing just led to another (and) before I knew it I had this awesome thing that could roll around and record anything I wanted just about anywhere I wanted. It just turned into this very versatile experiment. I’m still finding out exactly how I can use it. BS: How long have you been involved in the DIY community? NJP: As a participant, as a listener, and as a viewer- since I was 15. I had a record label when I was 16 which put out one 7”. I’ve been a punk my whole life. And still am, I’d like to think. Now I am finally moving back into that scene again with a more active role. I am opening a tape label so all the albums I record out of my car will be put out on cassette tape.

BS: Oh, how old school of you! Do people even have tape players anymore? I mean… NJP: Oh it’s…come on get with it man! It’s the new rage! It’s all the kids do is play tapes these days. It’s true! I teach 20 year olds. (laughter) They bring tapes to school.

BS: You recently recorded a record at Fest 9. How did that all come about? NJP: I was invited by a gallery, PLUS + GALLERY, that tends to support artists that are DIY in nature to come down and show some of my work. They didn’t specify what they wanted me to show. As I was thinking about it I thought it would be really amazing if I could bring the car down and record stuff there. I thought about what the Fest is and what that means and how it has functioned over the years for Floridians and for the DIY community. I couldn’t think of a better band to ask to play that I could record and archive than THIS BIKE IS A PIPE BOMB.

BS: What was it that made you want to work with THIS BIKE IS A PIPE BOMB? NJP: The Fest is such an important venue for musical expression for the punk community and Florida especially. PIPE BOMB has been together for so many years and they’re so much a part of that community from Florida. They’re brilliant people, brilliant musicians and they very much live, eat, and breathe what the spirit of the Fest is. They understand what it was supposed to represent when it began and that’s why I couldn’t imagine participating in an event there without having them involved. BS: Do you have any other projects or tours upcoming? NJP: I do. I will be touring next year with the album that I recorded last year. I’m writing a zine, and making a cassette. It’s a box set that will also have a zine about the tour and project. It will have stickers and all kinds of great stories. Rad stuff. All of it will be handmade and screenprinted. We’ll be going on tour with that as well as all the videos and the photographs that we will exhibit in DIY galleries along the way.

BS: What was one of your favorite experiences from this project? I couldn’t pick one particular date because the entire experience really reminded me why I became a punk and why I’m continuing to be a punk. That is the experience of walking into someone else’s community and being taken into their community with their arms wide open. People who have never met you are feeding you and offering a place to stay; strangers excited about your work and giving you the opportunity to be excited about theirs. The whole tour was great.

BS: As somebody who’s been around for a while, what advice would you give to somebody younger who has the same inspirations? NJP: Do it. Don’t ever be afraid that you can’t do something. If you want something, just go for it. Just try. Don’t be afraid to ask for help and nothing is too big.