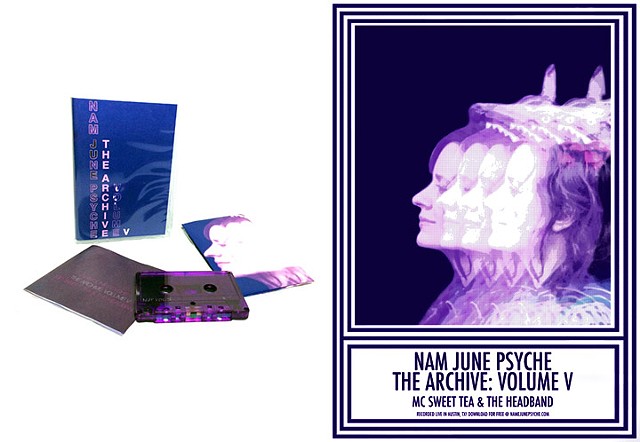 The first half of the songs on the Nam June Psyche Volume V are from Animal Ball and the second half are from Story. Tiana Hux formed the Head Band in early 2011, in order to make this recording at Valerie George's request. This is their first performance.